Donald Trump has been impeached by the House of Representatives in the USA. The House took the historic step of impeaching the President. It is just the third time in history that a US president has been impeached. President Trump has been charged with abuse of power and obstruction of Congress. These represent the impeachable acts of "high crimes and misdemeanors," which could lead to his removal from power. This is unlikely, however, as the Republican-controlled US Congress has to vote in favor of that by a majority of two-thirds. House Speaker Nancy Pelosi said: "If we do not act now, we would be derelict in our duty. It is tragic that the President's reckless actions make impeachment necessary." 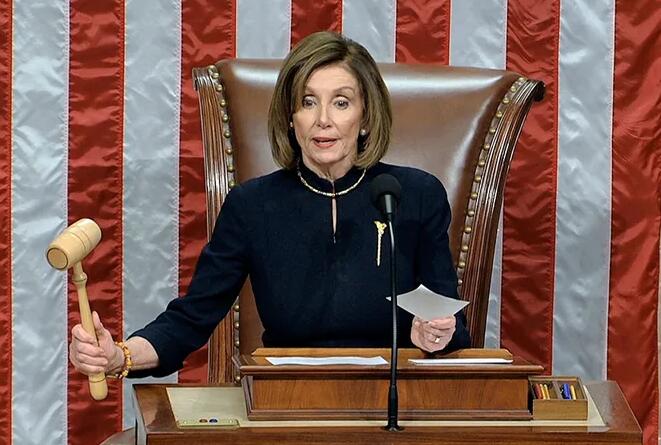 The impeachment is the culmination of a lengthy and acrimonious three-month investigation into allegations that President Trump pressured Ukraine to investigate his political rivals for personal gain. Mr Trump has continually called the probe the greatest witch-hunt in history. Republicans also reacted angrily to the impeachment. Republican Barry Loudermilk compared the process to the fate of Jesus Christ at his death. He said: "Pontius Pilate afforded more rights to Jesus than Democrats have afforded this president in this process." Mr Trump said: "The Democrats are surrendering their majority, their dignity. They look like a bunch of fools." He tweeted: "They are not after me; they are after you."